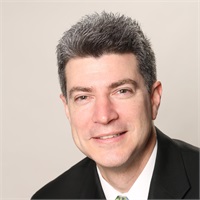 Brad Katz, CWS®, AIF® is the founder of Lifelong Investments LLC and is a Registered Principal with First Allied Securities with more than 20 years of experience in the financial services industry. Specializing in comprehensive wealth management services, Brad works with each client to determine their specific goals and objectives before crafting a customized strategy designed to not only grow their wealth, but to also protect, distribute, and transfer their wealth.

Brad has frequently been recognized for his work in his community. Selected as one of the top financial advisors in New Jersey, he was named as a *Five Star Wealth Manager professional in New Jersey Monthly magazine from 2012 through 2019.

Brad attained the Accredited Investment Fiduciary® credential in 2016.  Attainment of the AIF credential demonstrates understanding of the Prudent Practices and methodology.

Brad currently lives in Wayne, New Jersey with his wife, Stephanie, and their two sons, Mason and Justin. Outside of the office, he enjoys traveling, playing ice hockey, and coaching his sons’ ice hockey teams for the New Jersey Bandits in Wayne, NJ.

*Five Star Professional, a third‐party research firm, identified pre‐qualified award candidates based on industry data and nominations it may have received from various industry firms and individuals in the surrounding area of the candidate. Self‐nominations were not accepted and candidates do not pay a fee to be considered or placed on the final list. Award candidates were evaluated against objective eligibility and evaluation criteria including, but not limited to: 1. Credentialed as an investment adviser representative. 2. Actively employed as a credentialed professional in the financial services industry for a minimum of five years. 3. Favorable regulatory and complaint history review: (1) has not been subject to a regulatory action that resulted in a license being suspended or revoked, or payment of a fine; (2) has no more than three settled or pending customer complaints filed against them (excluding dismissed complaints) with any regulatory authority or through Five Star Professional’s consumer complaint process; (3) has not individually contributed to a financial settlement of a customer complaint; (4) never filed for personal bankruptcy; (5) never been convicted of a felony. 4. Accepting new clients. The inclusion of a candidate on the final list should be not construed as an endorsement of the candidate by Five Star or any other organization. The Five Star award is not indicative of the advisor’s future investment success and may not be representative of any one client’s experience. Further, there is no guarantee that the selected advisor will be awarded this recognition by Five Star in the future. For more information on the Five Star award and the research/selection methodology, go to www.fivestarprofessional.com.