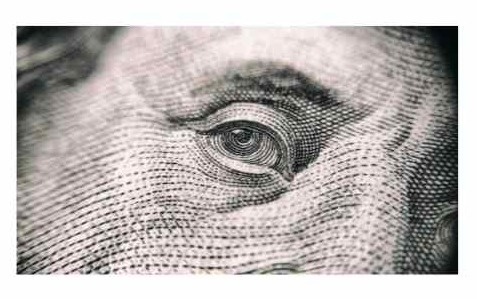 What’s the Fed Up To?

What’s the Fed Up To? Rates, Inversions, and Quantitative Tightening

The yield curve inverts because investors believe that the economy will slow in the future. The Fed attempts to control inflation by increasing interest rates, which makes business investment more expensive. Markets appear to think that the Fed will overshoot with rate increases, which will stifle rather than slow economic growth. The Fed will then have to begin decreasing rates again.

Markets are reacting to two things. First, barely a week after the FOMC met and increased rates by 25 basis points, Fed Chairman Powell indicated that 50 basis point increases would likely be necessary. Speaking at a National Association for Business Economics conference, Powell remarked, “The labor market is very strong, and inflation is much too high. There is an obvious need to move expeditiously to return the stance of monetary policy to a more neutral level, and then to move to more restrictive levels if that is what is required to restore price stability.” The release of the robust March employment data underscored Powell’s point on the labor market.

The points on the curve that bond investors often look to as a recession indicator are the two-year U.S. Treasury vs. the ten-year U.S. Treasury. Inversions at this part of the curve have been correct at predicting seven out of the last eight recessions. Recessions aren’t imminent, however. They generally follow a two-year/ten-year inversion by one-to-two years.

The Federal Reserve does its own research on yield curve inversions as harbingers of recession and prefers to look at a different part of the curve. The three-month U.S. Treasury vs. the ten-year U.S. Treasury is the Fed’s indicator of choice. This part of the curve has an even better track record at predicting recessions. An inversion here correctly signaled eight of the last eight recessions. Again, recessions follow at some point in the next one-to-two years, usually averaging about 17 months away from the inversion. The three-month yield is not currently higher than the ten-year yield.

There is another wrinkle this time: The Fed’s balance sheet. The Federal Reserve holds close to $8.5 trillion in U.S. Treasury and agency and mortgage-backed securities. It began purchasing them at the beginning of the recession in a very successful effort to pump liquidity into the system.

This is called quantitative easing, and the effect of the Fed purchasing these securities was to keep prices up, which lowered yields as bond prices and yields move inversely. Without this Fed action, the yield on the 10-year U.S. Treasury would likely be much higher than it is now. This would mean the curve was not inverted. The Fed has indicated its intention to begin “quantitative tightening” by reducing these assets in the near term.

The minutes of the March FOMC meeting, released earlier this week, detailed the Fed’s plan. Up to $60 billion in U.S. Treasury securities would be allowed to “roll-off” the balance sheet after a three-month phase-in period beginning in May. These are largely shorter-term U.S. Treasuries that are maturing. The roll-off simply means that the Fed will not reinvest the proceeds in other Treasuries to replace the maturing assets. Reducing up to $35 billion per month of mortgage-backed securities would involve selling these assets.

Reducing the balance sheet by $95 billion per month would be much quicker than the quantitative tightening process we saw after the Global Financial Crisis recovery was underway.

What Will the Impact Be?

Higher rates. Without the Fed gobbling up massive amounts of Treasuries, the supply in the market will rapidly grow. As supply grows, prices will go down. Bond yields move inversely to price, so yields will go up even further.

Over the last several years, the Fed’s loose monetary policy has been fueling the stock market and charging up the housing boom. As policy tightens and money gets more expensive, we are likely to see even more volatility.

Investors are in for a bumpy ride. Even without the Fed’s stated commitment to full employment, bringing inflation under control while keeping the economy on track would be a big enough task. And this Fed has also been vocal about intending to work for more economic equality. That means wage gains for workers – which of course, is one of the drivers of inflation.

The information contained herein is intended to be used for educational purposes only and is not exhaustive. Diversification and/or any strategy that may be discussed does not guarantee against investment losses but are intended to help manage risk and return. If applicable, historical discussions and/or opinions are not predictive of future events. The content is presented in good faith and has been drawn from sources believed to be reliable. The content is not intended to be legal, tax or financial advice. Please consult a legal, tax or financial professional for information specific to your individual situation.