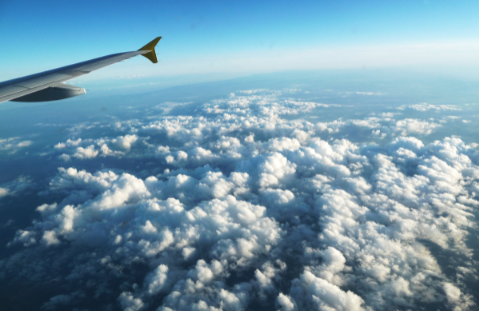 View From the Clouds

VIEW FROM THE CLOUDS

Pilot’s Insights on reopening after the pandemic

So many people are offering up opinions of what the “great re-opening” will look like over a year after the COVID-19 pandemic essentially shut down the economy.  Depending on where you live, your experience varied greatly over the past year plus.  Some regions experienced significant shut-downs while other regions were less impacted.  One thing most people agreed on though, was that the Country would be different once restrictions were lifted and the economy opened up.

Generally, when nearly everyone agrees on an unknown outcome, I tend to think the actual outcome will differ from the anticipated outcome…so I thought “Who better to discuss this with than people who experience different places and different people on a regular basis?  Pilots!”

Our conversations took different paths based on experiences, however there was one common recommendation that all 5 wished to share with their colleagues.  More on that below.  But first, let’s start with what I think everyone wants to know!

WHAT ARE YOU MOST ANTICIPATING FROM THE RE-OPENING?

*Tons of pent-up demand for travel which will outstrip availability

WHAT BEHAVIOR CHANGES HAVE YOU NOTICED/DOES IT VARY IN DIFFERENT PLACES?

*Passenger views on wearing masks varies based on location; but nobody pushes back (with very rare exception) on usage on board now

WHAT POSITIVE EXPERIENCES OR BEHAVIORS THAT YOU’VE SEEN, DO YOU THINK WILL CARRY OVER DURING THE RETURN TO NORMAL?

*Passengers are more patient during boarding and deplaning

WHAT NEGATIVES HAVE YOU SEEN THAT YOU THINK WILL STICK AROUND A WHILE?

*Lots of complaining during standby reserve

My interpretation after these conversations is that I too anticipate pent-up demand overwhelming the supply of available seats.  While this sounds great for the economy as a whole, after-all rising demand typically indicates an improving economy, there are some drawbacks.  It will take time for airlines to re-certify aircraft and flight crews as they try to ramp up supply, until supply increases, I would expect ticket prices to rise.  Couple that with the rising cost of fuel and it would be fair to assume that ticket prices could rise rather substantially.

This passenger is extremely hopeful that the patience other passengers exercise during boarding and deplaning does in fact carry over.  It’s always been a pet peeve of mine to see the guy in row 22 stand up and push forward as soon as the plane parks (there’s only 1 door and 100 people in front of you).  In addition, it’s also great to hear that previous behaviors are returning.  That indicates to me that people are ready to be themselves again…of course it’s up for debate if some of these behaviors are good or bad things (see my row 22 comment).

For the general public, I think a big takeaway from these conversations is that the anticipated negatives are operational and can likely be ironed out as capacity increases.  For flight crews, I can hope that these are more-or-less occupational nuisances that once resolved can reduce stress and complaints too!

As alluded to, all 5 members of the panel wish to share advice with their colleagues.  This advice is what they would tell themselves to do one year ago.  Everyone agreed that having a side-gig or investment is crucial.  Although my sample size is small, only 40% of our panel remained on the line during the pandemic while 60% were either furloughed or laid off.

A side-gig provides active income and can be worked on during reserve days or in the event of another furlough; whereas an investment can provide passive income to replace lost income during furloughs.  Regardless of your personal preference for one, the other or both; all 5 pilots agreed that this is the most important advice they can share.

All of us will have different experiences with the “great re-opening” and I’m certain we’re all eager to get back to life!  Thank you to our pilot friends for sharing their “View from the Clouds”.

Lifelong Investments is here to help with your personal financial planning.  Click the purple Get in Touch button above to reach us!